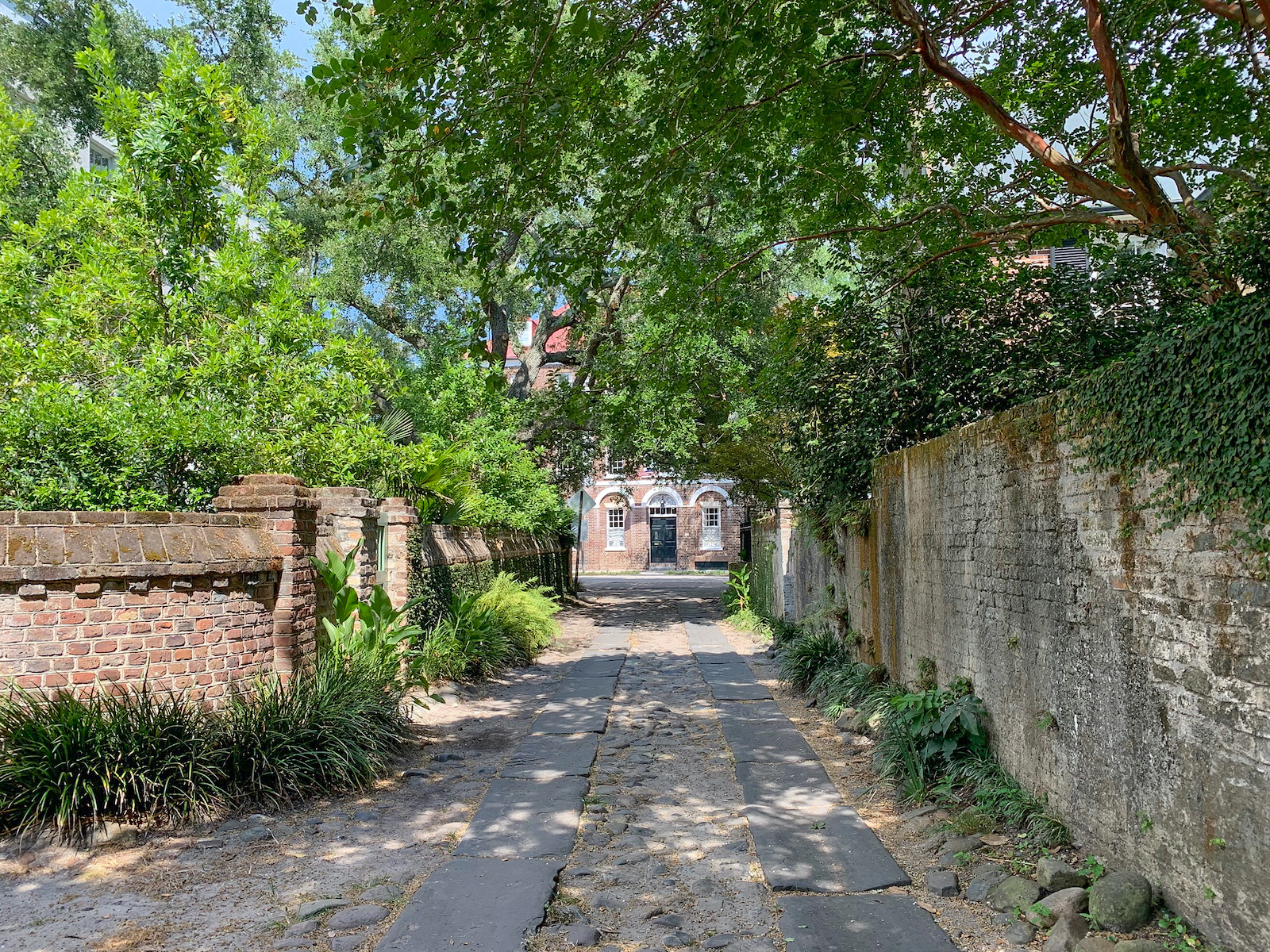 From carriage steps to boot scrapers to earthquake bolts, historic downtown Charleston has many hidden details that may go unnoticed as you drive down its picturesque streets. We highly recommend exploring downtown on foot to take in every gorgeous detail of rich history and unique architecture that harkens back to a bygone era. In addition to beautiful historic homes, secret gardens, and wrought iron gates, you’ll also come across hidden pathways and streets, some of which are so narrow they can only be accessed by foot. Come explore Charleston’s secret alleyways with us.

Stoll’s Alley. Just a few steps farther down East Bay Street towards The Battery, Stoll’s Alley is an extremely narrow path once called “Pilot’s Alley” and later renamed for Justinius Stoll, who built 7 Stoll’s Alley in 1745. Since almost no sunlight reaches the pathway, it is the perfect spot to cool off on a hot summer day.

Gateway Walk. Created by the Garden Club of Charleston in 1930, this informal trail winds through the gardens and graveyards of some of downtown Charleston’s most famous landmarks. Beginning in the churchyard of the Unitarian Church on Archdale Street, exploring Gateway Walk is a truly unforgettable experience for both residents and visitors alike. 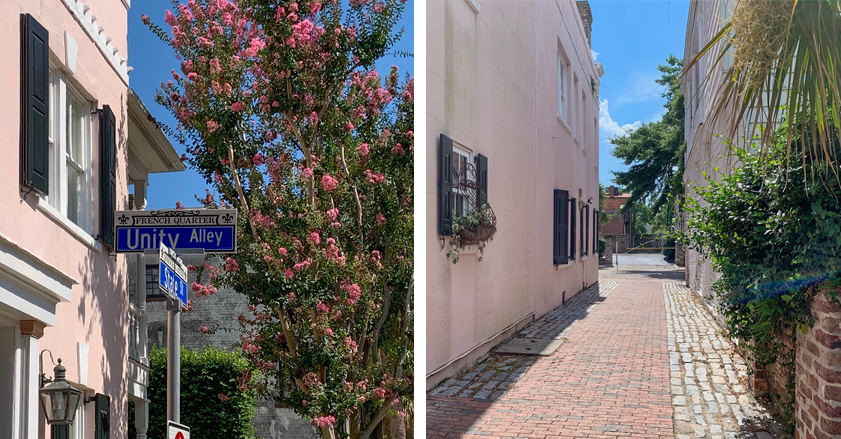 Unity Alley. Tucked in Charleston’s French Quarter, this road is situated between State and East Bay Streets. It’s the perfect shortcut to use while exploring shops, galleries and restaurants in historic Downtown Charleston.

Zig Zag Alley. The tiniest of Charleston’s secret alleyways, you’ll find this South of Broad residential alley off of Atlantic Street characterized by beautiful homes, lush plantings and a fountain to greet you at the dead end.

Philadelphia Alley. One of Charleston’s most elusive alleys, this bricked pathway is accessible by Queen and Cumberland Streets and if you blink, you might miss it! Once known as “Duelers Alley,” legend has it that dozens of duels were fought here in early Charleston history. 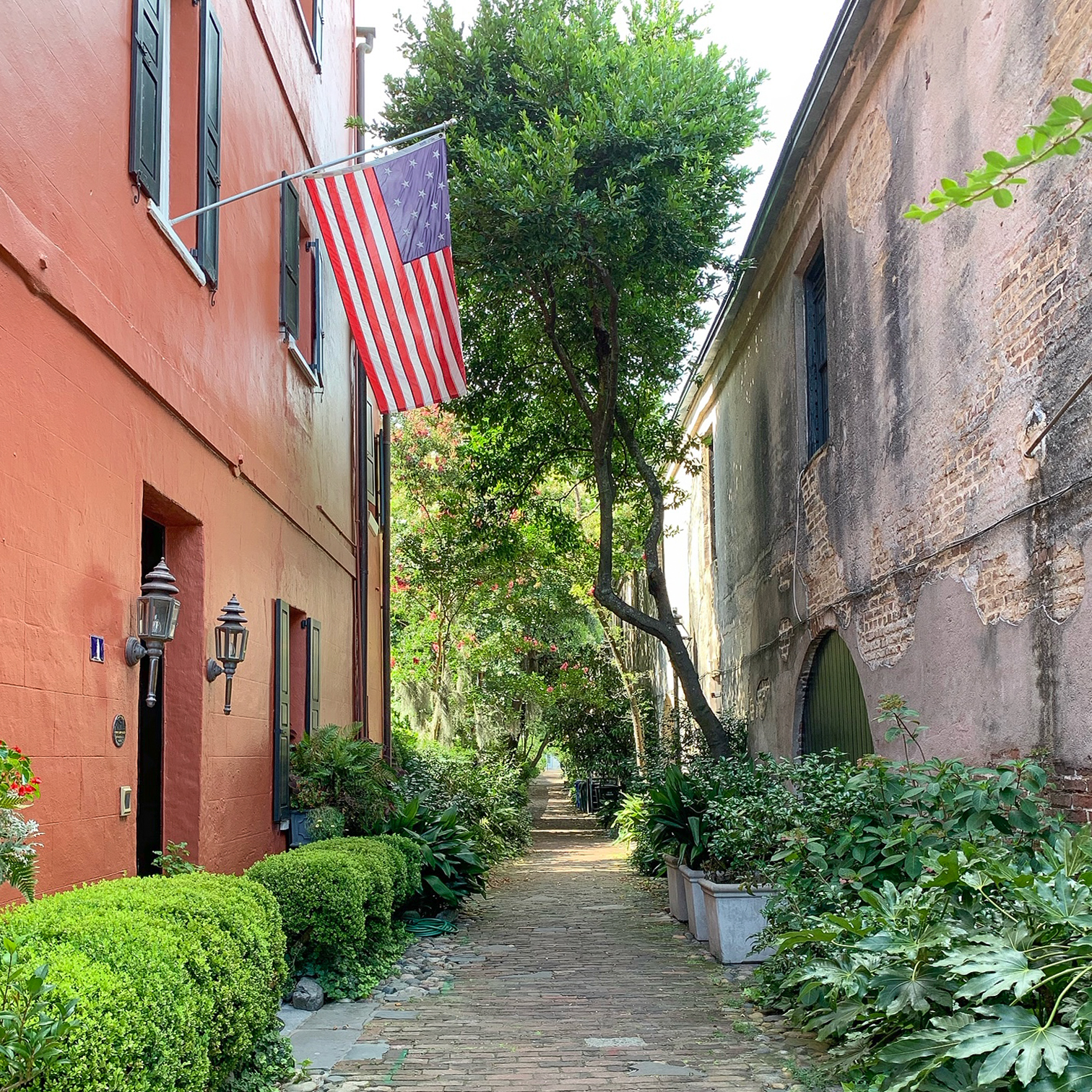